USEFUL MACINTOSH KEYBOARD SHORTCUTS FOR ALL

USEFUL MACINTOSH KEYBOARD SHORTCUTS FOR ALL

USEFUL MACINTOSH KEYBOARD SHORTCUTS FOR ALL:
By Chris Ridzon

Over the last 20 years one of the most useful questions I have been asked has to be about keyboard shortcuts. For years, I have been hand scribbling cheat sheet’s for my clients so I thought it was time I share all these shortcuts with everyone. Remember, you can always stop by our shop for support or training on this subject however, in the meantime here are five reasons why you should be using keyboard shortcuts.

It is generally acknowledged by computer pro’s that you can increase your productivity and accomplish more tasks by using the keyboard instead of mouse. In other words, it’s easier and gets your job done faster. Take for example the task of selecting all the text in a document. You can do that by simply pressing Ctrl+A while doing that with the mouse requires pressing the left mouse button and dragging it across the whole document. In time you will learn that keyboard shortcuts let you do more with less effort.

Derives from the first motive, basically meaning that when you use the keyboard you don’t have to follow a pointer to see what you are doing and you can do that task semi-automatically thus freeing your mind for additional tasks.

You can combine the advantages of using the keyboard with using the mouse. There are tasks that are much easier done with the mouse, take the example of browsing the web pages and clicking links but at the same time you can use the keyboard to navigate within the page or between tabs. The beauty of this is that you can do both at the same time.

When you have a job that requires precision it is advisable that you use the keyboard. For example, if you do a lot of text editing, it is more efficient to handle it through keyboard shortcuts.

Below is the list of keyboard shortcuts that I have compiled, I encourage you to have a look and initially adapt only a few shortcuts that you think you will use. If you like using them and have success please come back as many times as you would like for more! Enjoy…

⌘ – Command (or Cmd) Like the Control key on Windows/PC. Formerly known as the Apple key.

⌅ – Enter (on Number Pad, or fn-Return on compact keyboards)

By pressing certain key combinations, you can do things that normally need a mouse, trackpad, or other input device.
To use a keyboard shortcut, press and hold one or more modifier keys and then press the last key of the shortcut. For example, to use Command-C (copy), press and hold the Command key, then the C key, then release both keys. Mac menus and keyboards often use symbols for certain keys, including modifier keys:

You might need to press and hold some of these shortcuts for slightly longer than other shortcuts. This helps you to avoid using them unintentionally.

* Does not apply to the Touch ID sensor.

The behavior of these shortcuts may vary with the app you’re using. 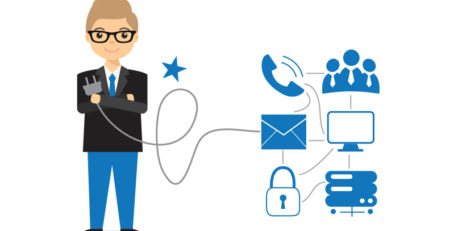 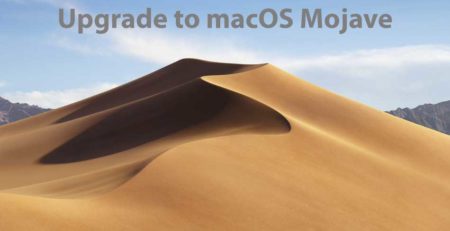 Apple has released the latest version of its Macintosh operating system. Called macOS Mojave, this is version 10.14 of... read more 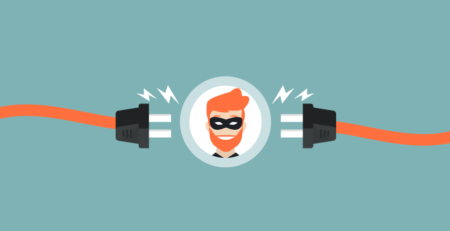 Basics-n-Beyond’s 15 Ways to Protect Your Business from a Cyber Attack!

Basics-n-Beyond’s 15 Ways to Protect Your Business from a Cyber Attack! Did you know? 1 in 5 - small businesses... read more

Outsourcing is Not a Dirty Word, Your IT Team’s New Best Friend is Managed IT Services

Small to medium sized businesses often don't have the resources to fully support all of their IT infrastructure needs.... read more 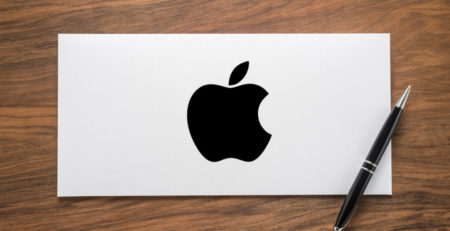 How to Print Labels for Your Holiday Cards on Your Mac

How to Print Labels for Your Holiday Cards with Apple’s Contacts App November 28, 2018 Are you planing on mailing... read more

IT CONCIERGE – Technical Support Without Leaving Your Home or Office

Don’t update to macOS Catalina without reading this first

Transitioning to the Cloud

WHAT IS A PHISHING SCAM?